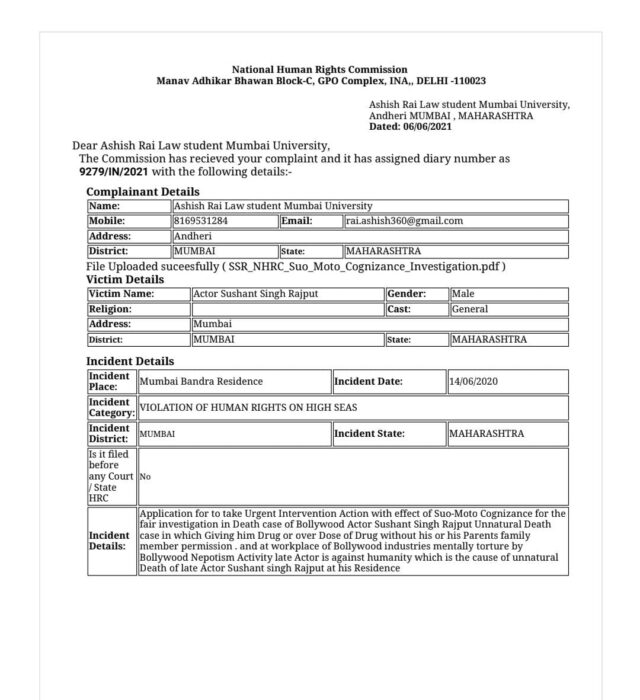 Mumbai:- A complaint has been filed with the NHRC for taking action under su-moto cognizance for a fair investigation in the death of Bollywood actor Sushant.

Special investigation teams of National Human Rights Commission should be constituted in the whole matter.
And it has been prayed that a demand has been made to direct the Human Rights Commission to the Government Ministry, to raise voice against the constitutional rights of Bollywood actors like right to work, right to equality, right to freedom and exploitation at workplace. rights can be protected from being infringed.